After a sweltering end to the summer, it finally seems like fall is here.  For many of us, that means back to school.  One of the new challenges several parents have shared with me is their children being required to use the “preferred pronouns” of classmates in the throws of a transgender delusion.  We’ve seen this happen even at shockingly young ages like eight or younger.  Parents call me because their child knows a male classmate as “John,” but then John begins to “identify” as a girl and insists on being called “Jane.”

As confusing as this is for young children, it can be even more disconcerting for parents who are essentially told to keep their objections to themselves and just go along with it. 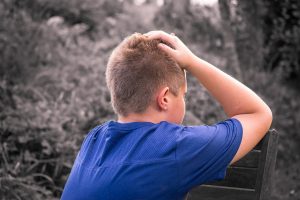 This includes their children being instructed to refer to anatomically/biologically male classmates as “she” and “her.”  What we are seeing now is an unconstitutional enforcement of a radical “guidance” document issued by the MA Department of Elementary and Secondary Education (DESE).  In it, DESE explicitly says it expects students to refer to classmates by their “chosen name and preferred pronouns.”  Teachers are then instructed to punish students who refuse to comply.  “Continued, repeated, and intentional misuse of names and pronouns … should not be tolerated and can be grounds for student discipline.”

Here’s the good news: legally, schools actually CANNOT force students to use the wrong pronouns.  Our friends at First Liberty, a national religious liberty law firm, recently helped defend a Massachusetts student in precisely that situation.  In a letter to the school administration, First Liberty attorneys said, “The student cannot be made to refer to individuals in accordance with their gender identities, rather than their biological sex, and the school cannot stop the student from expressing his beliefs on human sexuality without violating his constitutional rights and protections.” First Liberty is of course correct, and the school was in clear error for attempting to force students to say things against their conscience.  Most of us remember from our school days that teachers couldn’t force a student, for example, to recite the Pledge of Allegiance.  The same principle applies here, but we need to defend it.

The push to normalize transgenderism has now entered a totalitarian phase.  Any resistance or objection to it is seen as a threat, such that even the “little child” who cries out that the emperor has no clothes must be silenced.  More than silenced, actually.  The commissars of this “Newspeak” would go so far as to invade the mouths of our children and force them to spit out the wrong pronouns in order to advance their agenda.  Don’t let them do it with your child.  You have the right to resist, and MFI and First Liberty can help.

If your child’s rights are being threatened in this way, please email me directly at andrew@mafamily.org or call the MFI office at 781-569-0400.  Together, we can take a stand against the lie of transgenderism and reaffirm that we are made male and female in God’s image.