On the morning of September 4th, MFI’s Exec VP and General Counsel Andrew Beckwith attended oral arguments at the John Adams Courthouse in Boston on a case that could eliminate the Pledge of Allegiance from our public schools.  The American Humanist Association, on behalf of three atheist students and their parents in the Acton-Boxborough school district, filed a suit in January of 2011 claiming their rights were being violated by having to listen to other students recite the Pledge of Allegiance. 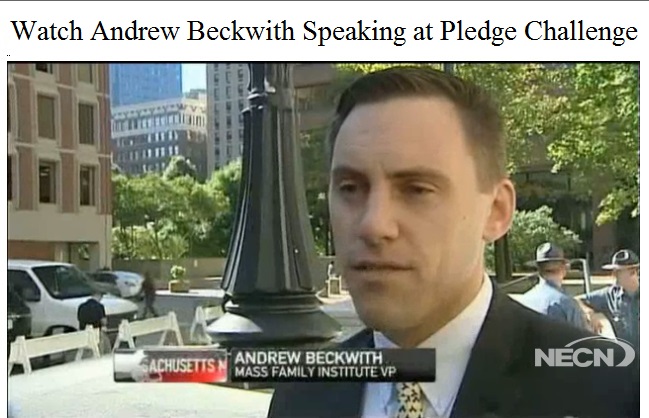 The term “under God,” certainly has deep meaning for us as people of faith, but, as we argued in the friend of the court brief submitted in in conjunction with our partners at Alliance Defending Freedom, all Americans can recognize that it is also a statement of the Founding Fathers’ core political philosophy.  That is, that all men and women “are endowed by their Creator with certain unalienable Rights…”  Those two words, “under God,” remind us that there is a proper limit to the Government’s power over our lives.  Ironically, it is this very statement of the source of our rights that the plaintiffs in this case say is a violation of their own rights.

However, we found that the legal arguments put forward by the atheists in this case are both surprising and disturbing.  In the past, similar legal battles were fought in terms of whether the Pledge constituted an official ‘establishment of religion’ by the government, and plaintiffs would invoke the concept of “separation of church and state.”  In this morning’s oral arguments, the lawyer with the American Humanist Association repeatedly cited cases dealing with same-sex marriage!  That’s right, the key foundation of the atheists’ legal argument against the Pledge of Allegiance were principles from the Goodridge decision, the case that created same-sex ‘marriage’ in Massachusetts.  The attorney also claimed the ‘invidious discrimination’ that atheists suffer is comparable, or worse, to that faced by gays and lesbians.  This, the attorney said, was exemplified by former Representative Barney Frank, who publically declared his homosexuality decades ago but did not admit to being an atheist until after retiring from public office. 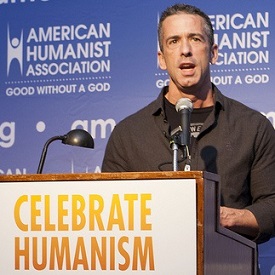 Prior to participating in this case, we would not have anticipated such a public and intentional alignment between the GLBT agenda and that of humanist atheists in this type of legal proceeding.  However, the American Humanist Association, for example, featured prominent homosexual activist and virulent anti-Christian Dan Savage as their 2013 Humanist of the Year.  As much as we write about and oppose the radical agenda of homosexual activists at MFI, we were not expecting it to be front and center in a case about the Pledge of Allegiance.  This serves to remind us that the consequences of same-sex ‘marriage’ continue to permeate beyond most of our expectations.  However, we should not be surprised that those who oppose traditional morals find common cause with those who deny the author of morality.  Both have a frequent tactic of seeking to silence any belief that runs counter to their own, and both the “Gay and the Godless” have strategically chosen our schools, and therefore our children, as their primary targets.