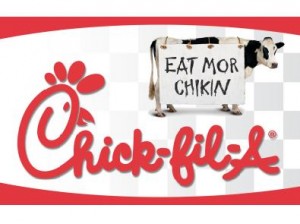 The undergraduate Student Government Association (SGA) at Northeastern University in Boston voted down a proposal to bring Chick-fil-A fast-food chain to campus. During the weeks preceding the vote, students, faculty, staff and alumni, denounced Chick-fil-A for their support of traditional values, including natural marriage.

Chick-fil-A’s presence here would be “a blow to our campus brand identity as the only school in Boston that placed a corporation over the interests of an oppressed minority,” said resident assistant Frank Marino, a junior from New Jersey majoring in international affairs, human services and social activism.

A university spokesperson said school officials were happy about the SGA and SCG votes. “We are pleased with the outcome of Monday night’s senate resolution to exclude Chick-Fil-A from the group of vendors considered for a soon-to-be-renovated space at Northeastern’s Curry Student Center,” said communications director Nyul, in e-mail correspondence. “We are proud of the decision that affirms our University’s commitment to be an inclusive, diverse community that is respectful of all.”

Chick-fil-A has more than 1,500 restaurants in 39 states nationwide with sales reaching more than $3.5 billion. The chain was founded by a Southern Baptist in 1946, and run as a faith-based business. Part of its corporate mission is “to glorify God by being a faithful steward of all that is entrusted to us.” The chain does not open for business on Sundays, oftentimes incurring fines from malls who require food court restaurants to be open when the mall is open.