Massachusetts Education Commissioner Mitchell Chester is refusing to amend a highly controversial new policy which threatens the privacy and safety of school children. 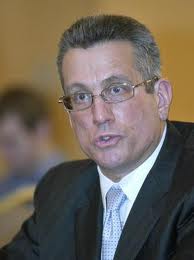 Two  weeks ago, the Commissioner of the Massachusetts Board of Elementary and Secondary Education (BESE) quietly issued an 11- page directive implementing his new statewide policy on gender identity in the schools.  The document states that school bathrooms, locker rooms and athletic teams must now be open to students of either sex, depending on what gender a student decides to be.

Although released on the BESE website the Friday before a week of school vacation, the story was picked up by news outlets across the country, including the San Francisco Chronicle, The Washington Times, The O’Reilly Factor, and the Rush Limbaugh show.  As a result of this exposure, Commissioner Chester has been forced to meet with several groups of concerned legislators.

Massachusetts Family Institute (MFI) has learned that after a second meeting with legislators last Friday, Commissioner Chester has declared he is not even willing to consider revising the highly controversial guidelines.  Massachusetts state representatives, who in 2011 passed the law that this policy purports to follow, repeatedly told Chester that he had “gone beyond the scope of the law,” and that the legislation they had passed was specifically, “not a bathroom bill or a locker room bill.”

Representative Sheila Harrington (R-Groton), Joint Judiciary Committee member, commented after the meeting, “I am very disappointed that the Commissioner justified his actions on his interpretation of a new law that in no way prescribes such actions. He actually imputed further new law where it didn’t exist! I was there when the law in question was passed, and it was crystal clear that bathrooms and locker rooms would not be affected, and certainly not in schools with young children involved.  It is to believe that people would say they didn’t realize the legislative intent.  Bathrooms and locker rooms or public accommodations referenced in the initial legislation brought before the Judiciary Committee were specifically removed from the final bill passed on the floor.”

Legislators are now planning on passing a bill which would amend the law to clarify that individuals must use facilities and programs consistent with their anatomical sex, regardless of any claimed gender identity.  Andrew Beckwith, General Counsel for MFI, commented, “Although it is troubling to see the Commissioner ignore both law and reason on this issue, I am glad our state representatives are making our children’s privacy and safety a priority in working on the amended language.”