The two MA bills seeking to legalize assisted suicide were both given extensions from the Joint Committee on Public Health on Wednesday.  The Senate bill (S1225) now has until March 7th, 2018 for the committee to make a decision on it, and the House version of the bill (H1194) 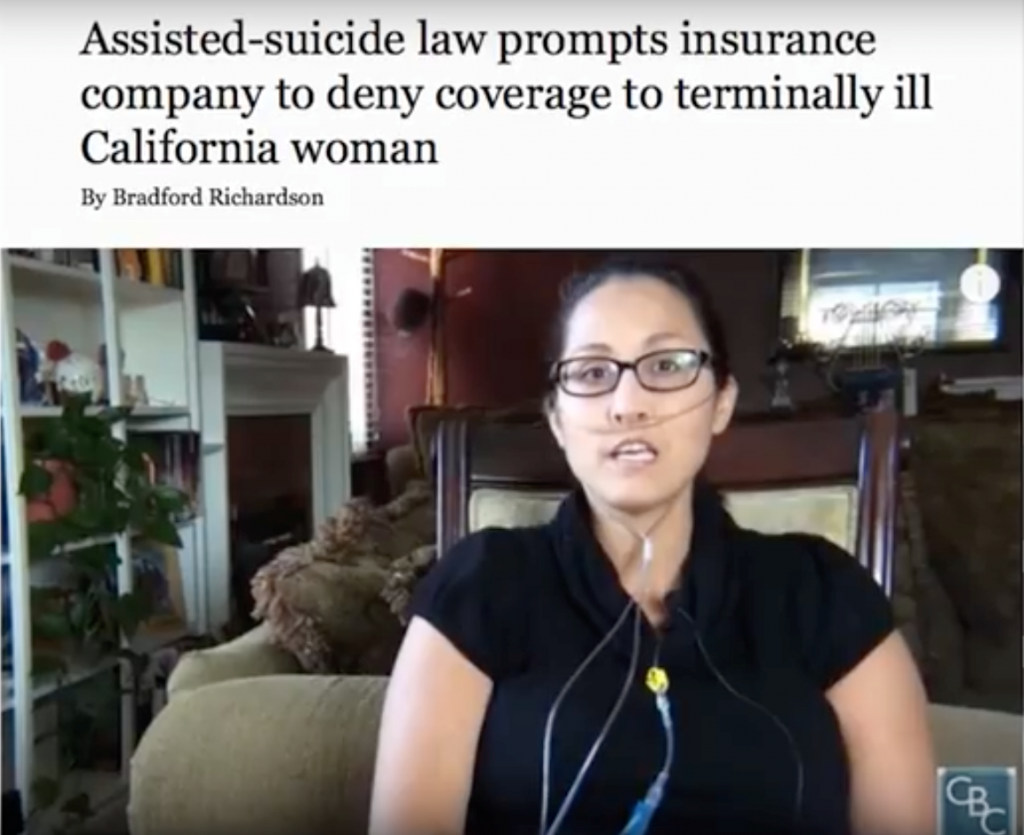 was extended until May 9th.  This means the committee has punted in order to buy more time to decide what their position on this issue will be.  July 31st of this year is the deadline for all pending legislation to either be passed and signed into law or expire.  Bills that don’t become law before August 1 have to start from scratch in 2019.  We’re so thankful for the doctors who came to State House last week to speak out in defense of life and lobby against these bills!

I encourage you to watch this one minute video by a doctor who has lived through the impact of assisted suicide on his patients in states where it has already passed.  Let’s use the next month to continue to send the message to Beacon Hill that normalizing suicide as a “medical treatment” is bad for the Bay State!  Learn more here.

Please contact your legislator, and let them know you oppose physician-assisted suicide: