It was just a few weeks ago that I wrote to you about Planned Parenthood’s disturbing sex ed curriculum and their plan to use it in every school in Massachusetts to “teach children about their bodies.”  This week, we learned that Planned Parenthood is also in the business of selling parts of children’s bodies after they’ve been aborted. 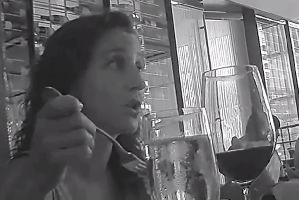 I am sure by now many of you have seen the this video.  It is not easy to watch, but this footage is changing the narrative surrounding abortion across the nation.

If you haven’t already seen the undercover video, produced by the Center for Medical Progress, you need to take a look. It features Planned Parenthood abortionist and national exec, Deborah Nucatola.

Planned Parenthood receives millions of taxpayer dollars every year. While they continue to insist that none of our money goes toward abortions, the question is:  Should our government be funding the nation’s leading abortion seller – an organization that’s also apparently taking dollars in exchange for babies’ body parts?

In the video, Nucatola flippantly shares her opinion of pro-life laws.

“The federal (partial birth) abortion ban is a law, and laws are up to interpretation,” she says. “So if I say on day one, ‘I do not intend to do this,’ what ultimately happens doesn’t matter.”

Does it matter to you?

Local pro-life politicians are calling for an investigation into Planned Parenthood Massachusetts in light of the video’s evidence that this illegal “organ harvesting” is practiced by Planned Parenthood nationally.  As always, we at MFI will be doing our part to thwart Planned Parenthood’s efforts in MA at the State House and in our schools.  Please pray for the victims of abortion, the children as well as the parents.  Pray also that bringing this horrorific truth to light will stir the conscience of our nation on abortion as never before.