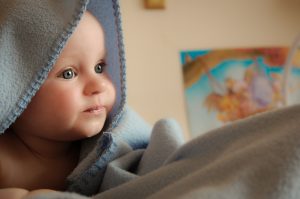 cut by Congress.  Although the Commonwealth gives Planned Parenthood over $2 million a years for its “family planning” services, there is nothing that prevents that same money paying for those same services by some other provider.  Preferably one that is not under federal investigation for harvesting and selling the organs of unborn children.  (Besides, as the New Boston Post just demonstrated, Planned Parenthood already has plenty of “creative” ways to raise money.)

That being said, there IS, tragically, a requirement that state funds be used to pay for abortions.   In 1981 the Massachusetts Supreme Judicial Court ruled that our state constitution guarantees the right to a taxpayer-funded abortion in Massachusetts.  Because of this ruling, women in Massachusetts can have their abortion paid for by the taxpayers, many of whom do not wish our money to be used for this horrible practice.  It will take an amendment to the state constitution to clarify that there is no entitlement to state funded abortions in our Commonwealth.  I am happy to share with you that the process for passing that amendment will begin this year.

If you haven’t already heard, the Massachusetts Alliance to Stop Taxpayer Funded Abortions has been re-launched with the goal of taking this issue out of the hands of our courts.

The first step in this process begins in August when we will need volunteers from across the state to help gather over 100,000 signatures in order to obtain enough certified signatures to advance to the next stage of the process. This is no small task—to collect this many signatures will take an army of thousands of volunteers, and we need to begin signing people up and training them right now so we can hit the ground running in August when papers become available.