We are excited to report on a pro-life victory here in Massachusetts this week! In October, the Department of Health and Human Services (HHS) issued a new rule protecting nonprofit religious and pro-life organizations from the Affordable Care Act’s abortion pill mandate.  Massachusetts Attorney 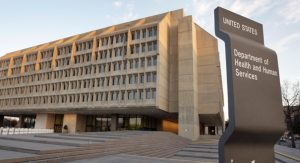 General Maura Healey filed a lawsuit against the rule in Commonwealth of Massachusetts v. United States Department of Health and Human Services, in the U.S. District Court for the District of Massachusetts.

Alliance Defending Freedom attorneys and Andrew D. Beckwith of the Massachusetts Family Institute filed a friend-of-the-court brief with the court on behalf of March for Life, a non-sectarian pro-life organization, and Dordt College, a Christian institution of higher learning in Sioux Center, Iowa, in support of the current administration’s HHS rule.  On Monday of this week, a federal judge dismissed Healey’s lawsuit.  This is great news!  As Alliance Defending Freedom Senior Counsel Gregory S. Baylor commented, “All Americans should have the freedom to peacefully live and work consistently with their deeply held convictions without fear of government punishment.”

Baylor explained that “the HHS rules follow the Constitution, federal law, and legal precedents to protect freedom of religion and conscience. Because the court determined that Massachusetts doesn’t have a sufficient legal basis for filing suit to challenge the rules, it refused to strike down rules protecting the freedom of pro-life organizations, like March for Life, and religious educational institutions, like Dordt College, to pursue their respective missions.”