Help stop Massachusetts from giving Planned Parenthood the gift of secret abortions for Valentine’s Day!  Our State Senate is scheduled to vote tomorrow, February 14th, on Senate Bill 591, an Act Relative to “Confidential Healthcare,” which encourages children to hide abortions, birth control and sex-reassignment “treatment” from their parents.  The legislation would prohibit insurance companies from 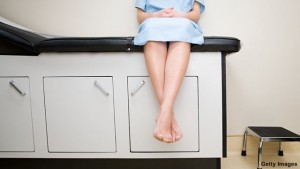 For example, a girl could use her parents’ insurance to pay for her abortion or birth control, and the parents would NOT be notified. This legislation will allow young women to be pressured into abortions by boyfriends or abusers, and abortion industry workers can tell them, “Go ahead and get an abortion–your parents’ insurance will pay for it and they’ll never know.”  A boy could start receiving puberty blockers and synthetic estrogen to “transition” into living as a female, and his parents would not be told why their son’s voice is starting to get HIGHER or why he’s developing breasts!  It’s no surprise that three of the groups lobbying for passage of this bill are Planned Parenthood Advocacy Fund, NARAL Pro-Choice Massachusetts and MassEquality (LGBTQ). They know that parents are their number one obstacle to promoting abortions and sex-reassignment to minors, and they are attempting to shield themselves in state-mandated secrecy.

With the senate poised to vote this week, we’re asking you to contact your senator to encourage the senate to oppose bills that violate the parent-child relationship and promote secrecy at a time when children need parental input the most. Please click here to send an email to your legislators to let them know you oppose this legislation. It only takes 30 seconds.

The good news is, we stopped a nearly identical bill just before Christmas of 2016.  We need your help right now to win the battle of Valentine’s Day, the name day of a church leader remembered for bringing young men and women together in Christian marriage.  Read more about this legislation here.  Please encourage your legislators to oppose this bill.