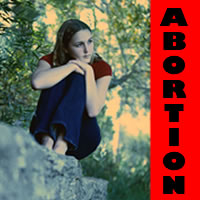 A new report released this week by the Guttmacher Institute finds an abortion rate increase of 1 percent, to 19.6 abortions per 1,000 women of childbearing age in 2008. This increase follows years of decline due to the growth of pregnancy resource centers, pro-life educational campaigns, and the enactment of state laws such as parental notification and informed consent.

“Instead of reflecting on the 1,212,350 unique members of society that America will never know, the headlines all minimized the tragedy that is ‘choice.’ Said FRC President Tony Perkins this week. “Papers from the Wall Street Journal to the Washington Post explained the news with the sensitivity of a sports column. It’s ‘just 1%,’ the Journal reported, or a ‘slight rise,’ said the AP. Factually, they’re both right. But in terms of casualties–real human victims–this ‘slight rise’ means that our country dug 6,150 new graves in 2008. That’s more than the entire student population at Yale, Princeton, Brown, or Dartmouth.”

In an effort to reverse this disturbing new trend, Congressmen Chris Smith (R-NJ) and Dan Lipinski (D-Ill.) have introduced a bill called the “No Taxpayer Funding for Abortion Act” to remove government funding and projects that force Americans into the abortion business. (Planned Parenthood alone received $363.2 million in government grants and contracts between 2008-2009.) An example of state action is Nebraska, where legislators last year approved the Abortion Pain Prevention Act, using the science of fetal pain to ban abortions after 20 weeks.