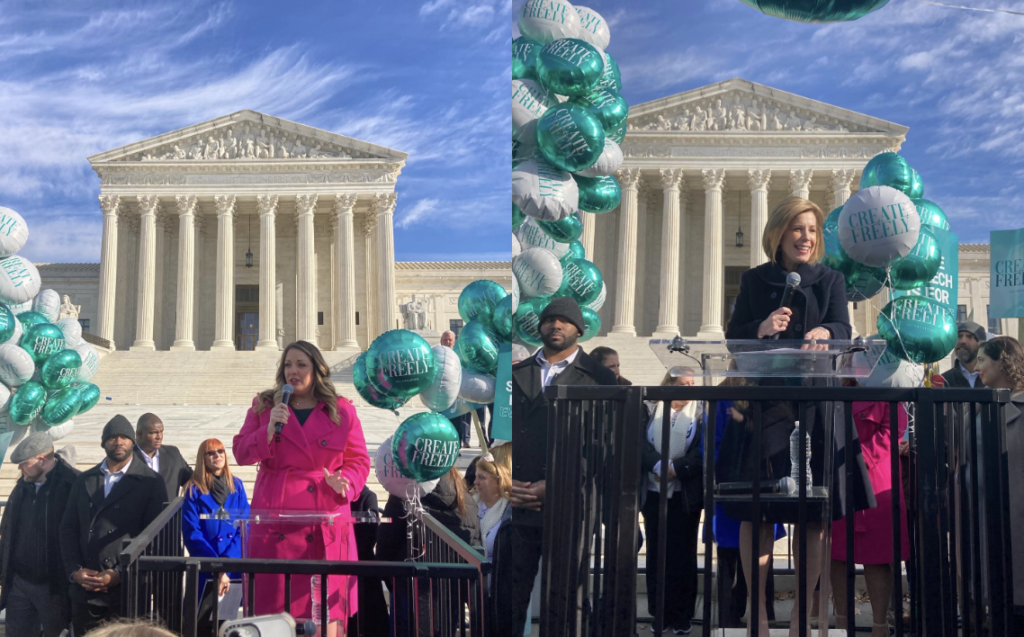 On Monday morning, the United States Supreme Court heard oral arguments in the case of 303 Creative LLC v. Elenis. I was there, among dozens of lawyers, students, families, and freedom-loving Americans, at a rally in front of the Court to support Lorie Smith and her lawyers–our friends at Alliance Defending Freedom–with a single, unifying message:

Free speech for all. 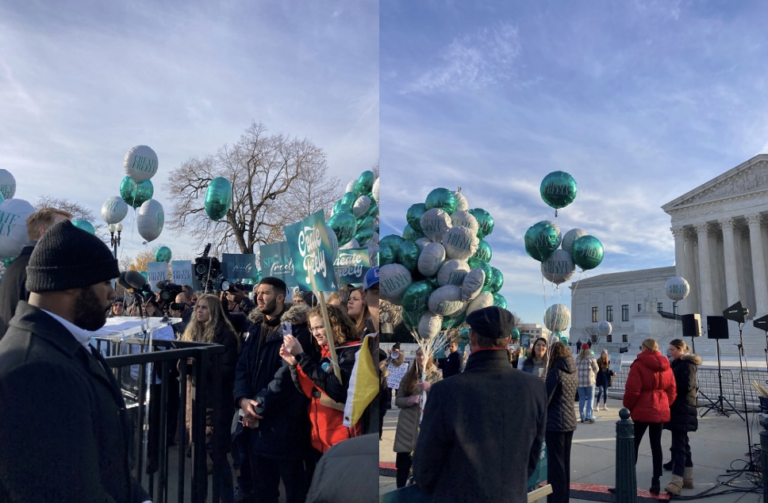 The owner of 303 Creative, native Coloradan Lorie Smith, is a graphic artist who creates custom designs and websites. Like many artists, she uses her talents to create and promote messages that are important to her.

And yet, Colorado anti-discrimination laws not only censor her speech but compel her speech. They are telling her that if she wants to create unique, custom websites celebrating biblical marriages, then she must also use her artistic expression to create celebratory messages on same-sex ‘marriages’–a message she cannot condone, let alone promote.

During the legal arguments in front of the court, Justice Gorsuch pointed out that even Colorado admitted what Lorie does “is customized, personalized, and expressive activity in each and every circumstance.” Compelling her to create designs and messages for something she does not believe in violates the most fundamental part of her–her faith. 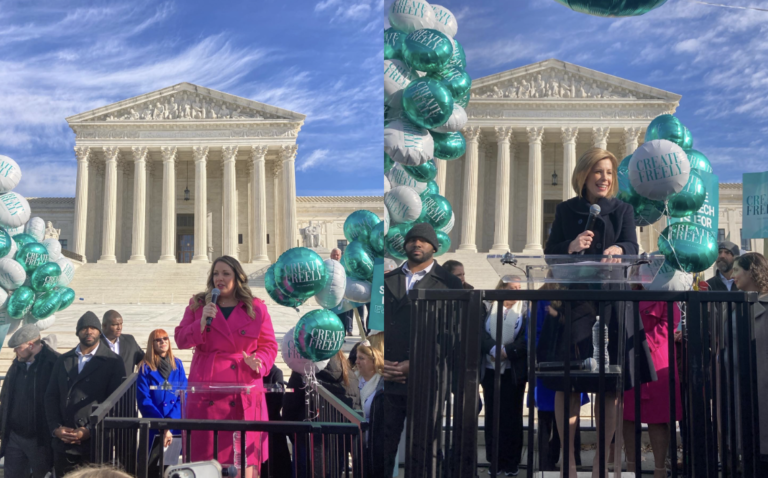 Outside the courtroom, the scene was chaotic. Avowed Satanists and LGBTQ leftists blocked our side’s streaming video cameras, blared their sirens and explicit songs on loudspeakers, and rang cow bells over our heads, while we rallied to support Lorie’s case. They understood, as do we, that this case is about more than just Lorie, but stands to be the legal culmination of many other cases of Christian creators who have been punished for living out their faith–for bakers like Jack Phillips, florists like Barronelle Stutzman, and T-shirt printers like Blaine Adamson who cannot in good conscience use their artistic expression for messages that conflict with their religious beliefs. 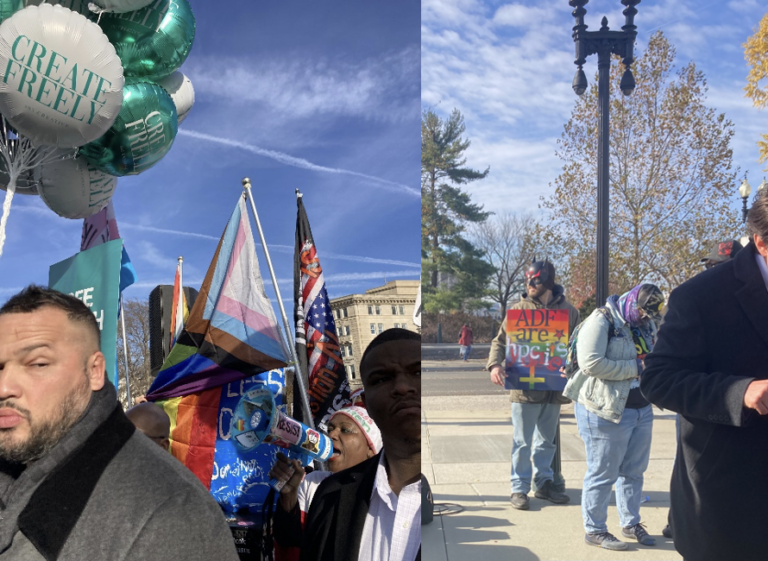 Despite this, I was greatly encouraged to be surrounded by representatives from many of MFI’s sister organizations, including Victoria Cobb from the Family Foundation of Virginia. Ironically, Victoria and her team had a scheduled dessert reception last week at a restaurant and just minutes beforehand, they were notified by the restaurant owner that they would be refused service because of their stance on pro-family issues. As Victoria commented afterwards, “Welcome to the double standard of the left, where some believe Jack Phillips must be forced to create a wedding cake as part of the celebration of a same-sex ceremony [or Lorie Smith forced to create a wedding website] but any business should be able to deny basic goods and services to those who hold biblical values around marriage.”

Victoria also gave this charge to her supporters: “Our witness will not be diminished, and we will not be silenced. We will speak out when we see this type of religious discrimination occurring in Virginia. As we stand on the front lines of this fight to protect and advance religious freedom for all Virginians, we invite you to stand with us.”

At MFI, we proudly echo this encouragement as we continue to stand on the front lines to protect and advance religious freedom for all Bay Staters. So we pray that the court will issue a desperately needed decision clarifying Constitutional protections for those of us who refuse to pretend that marriage is something other than one man and one woman. Just today, for example, Congress voted to pass the ill-named “Respect” for Marriage Act (RFMA) and sent it to President Biden to sign. While changing nothing about the status of same-sex ‘marriage’ after Obergefell, the RFMA:

In the end, this isn’t just about Lorie or RFMA. As Lorie wrote recently, “If the government won’t let me speak and make a living in line with my deepest beliefs… it won’t let you, either.” The underlying question of both 303 Creative and the (Dis)Respect for Marriage Act is: Are religious people allowed to express their faith publicly, without fear of consequences?

The left would have you believe that the freedom of religion is just the freedom to worship in a particular place, to believe what you want about religious matters, or to have a private faith.

But it is so much more! Religious liberty is not simply religious tolerance. It is the freedom to exercise your faith–to live, speak, and act in accordance with your conscience in every arena of life. And that is why we at MFI will always affirm that “it is our duty, then, to use the ‘shield’ of law and public policy to keep the door to the market place of ideas open for Christians to share and live out their faith publicly.”

Pray for Lorie, the justices on the Court, and for the freedom of all Americans to live according to the dictates of their own consciences.