Last week, my sons and I had the privilege of serving on a missions trip to a remote rural town in the mountains of Guatemala. We partnered with a local church to put on a vacation Bible school for about 100 children and distributed food and Bibles to needy families. Our hosts were a lively Assemblies of God congregation that literally had church every day of the week and twice on Sundays – with full pews every time. All the women wore skirts in the sanctuary and the men had collared shirts. It seemed about as far from my ‘day job’ of fighting the culture wars and modern sexual decadence as I could get. That impression evaporated within about 48 hours. Monday morning, a group of us walked to a half dozen different homes, mostly cinderblock huts with metal roofing and dirt floors, to pray with the families who lived there and deliver groceries. At one point, we paused under a tree in the midday sun for a short break. The church elder who was leading us asked, though our interpreter, if any of us had advice on how to “minister with the LGTV,” since God had put it on the church’s leadership recently to do that. For a second, I thought we were being asked to help the church purchase a big screen for the sanctuary, but, alas, the interpreter had meant “LGBT.” Perhaps she was as initially unprepared for that question as I was in that environment. One of the other parents on the trip gave me a knowing look, and I just shook my head. “Even here,” I thought. Even here….

Later in the week I had a lengthy conversation with the elder and the pastor, again through one of our wonderful interpreters, about how to minister to men and women in their community trapped in sexual brokenness. I explained what we have experienced in Massachusetts, how same-sex ‘marriage’ spread to the entire nation from our home state, and what we are facing now with transgenderism, especially amongst the youth. The church was aware of a number of “transgéneros” in the town, mostly adults, and they had a heart to reach out to them, but they were disturbed at what I told them was happening to children in the name of transgenderism.

When I returned to the US and checked my phone, I was greeted by the news that Boston Children’s Hospital was aggressively promoting its “pediatric gender clinic” with video clips normalizing everything from “tucking” to “vaginoplasty.” It was a vivid reminder that Boston is still hell-bent on being a ‘leader’ in the headlong race toward complete depravity and another example of a trusted institution torching its reputation. Fortunately, their PR campaign has backfired spectacularly, and earlier this week the hospital finally took down the videos. You can still see many of them linked below, and they are important to watch. 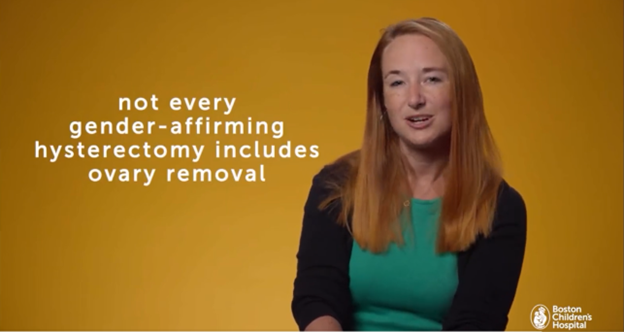 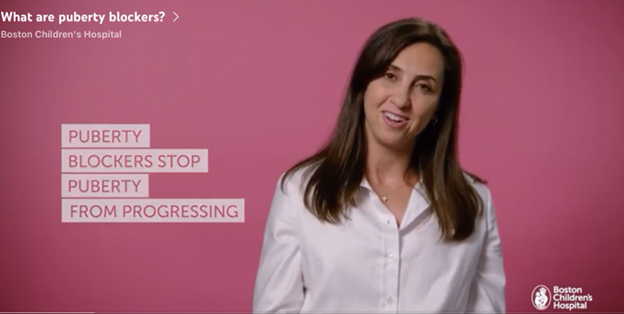 What these doctors are openly bragging about doing to children is monstrous. Every one of them should be fired and permanently lose their medical license. Of course that won’t happen. Woke ideology is far too entrenched in the medical establishment in MA, where “gender affirming care” is next to godliness. There are still good men and women at Boston Children’s Hospital, but they all know if they speak out against this, they will be the ones at risk of getting fired.

However, things are beginning to change. Across the Atlantic, the UK’s premier pediatric gender clinic is finally being shut down.

NHS England announced it was closing the Tavistock gender-identity clinic last month after an independent report concluded that it was “not a safe or viable long-term option” for gender-confused young people. The report, conducted by the former president of the Royal College of Pediatrics and Child Health, found that patients were “at considerable risk” from clinicians’ “unquestioning affirmative approach.” Soon after, a London-based legal firm announced a class-action lawsuit on behalf of 1,000 families whose “children and young adolescents were rushed into treatment” and, as a result, “suffered life-changing and, in some cases, irreversible effects.”

Recently, billboards have been spotted around Boston sponsored by a national organization working to expose what’s happening at places like BCH. I believe it’s only a matter of time before class-action lawsuits like those in the UK force a reckoning for these gender clinics in the US.

Certainly, not all of our cultural problems can be solved through litigation, but it is an important weapon in the battle to defend our families and shared family values. That’s why I’m excited to have the lead counsel for First Liberty Institute as our banquet speaker this October. As of earlier this week, we have already sold half of our tickets. We’re selling out faster than last year! Don’t miss out on your opportunity to join us Friday, October 14th at the Newton Marriott.