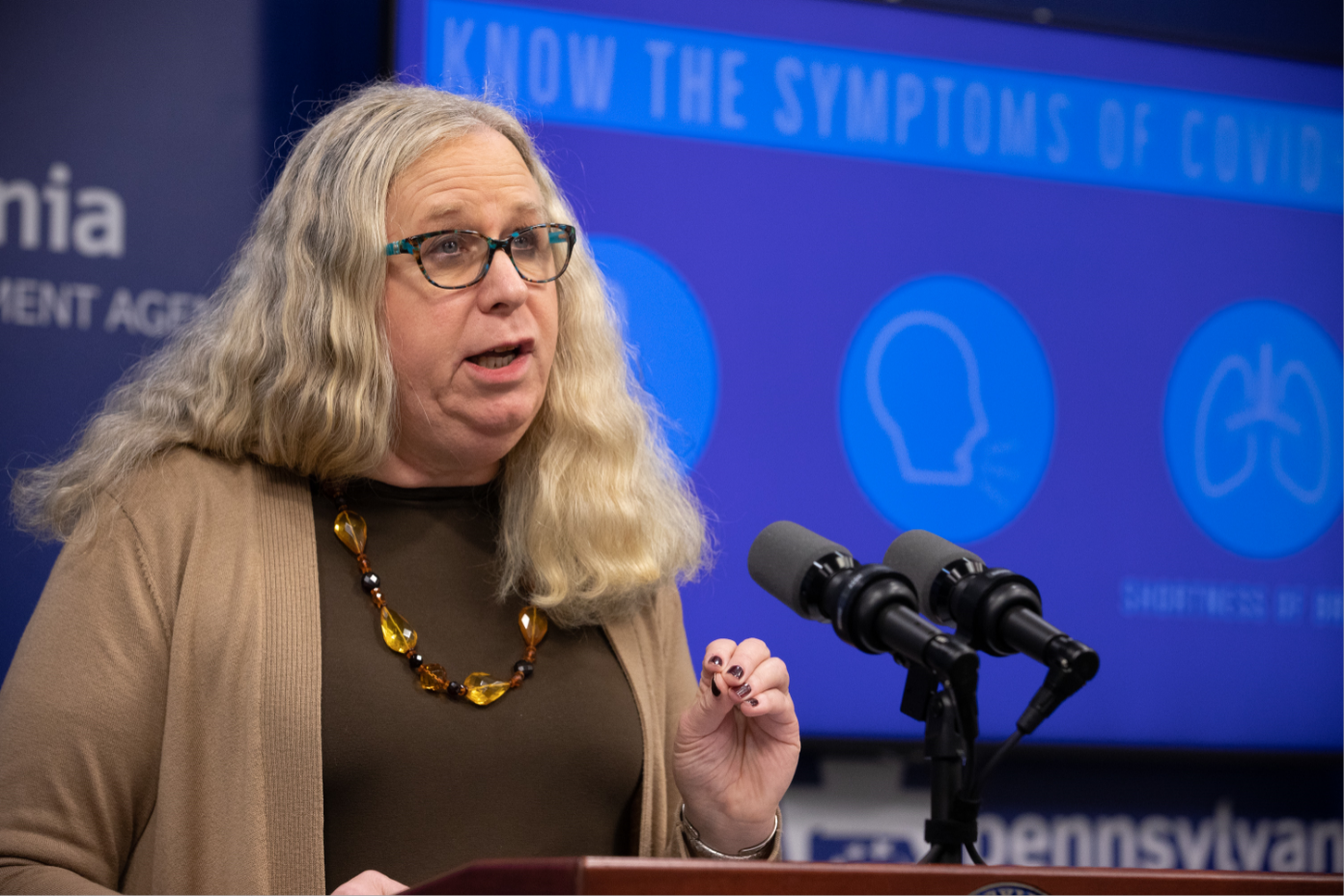 In our thirty years of fighting for family values in the Commonwealth, MFI has consistently defended the definition of marriage as between one man and one woman – and we always will.  For the past decade, however, we’ve increasingly had to defend the definition of even “man and woman.”  That battle is really heating up nationally, now that the Biden administration has made transgender activism a priority.  An Executive Order issued on the day of the inauguration redefined the word “sex” to include “sexual orientation and gender identity” across the federal government.  This will have sweeping consequences, and MFI has been sounding the alarm on this issue for years.

Today, however, I want to make sure you understand that the latest strategy in the left’s war on biology is to silence anyone who disagrees.  The current flashpoint for this is over one of Biden’s appointees to the Department of Health and Human Services, Dr. Rachel Levine.  Dr. Levine is a man, formerly married to a woman and the biological father of two adult children.  However, he now presents himself as, and believes himself to actually ‘be,’ female.  In a recent talk given to students at his alma mater Belmont Hill (an all boys school) Levine said that starting at age five, “I always felt female” but hid it.  However that lingering feeling felt like having a perpetual “splinter in my brain.”  So, Dr. Richard Levine ‘transitioned’ to Rachel in 2011, divorcing his wife and the mother of his children two years later.  We don’t know if Dr. Levine has taken female hormones or had a “sex change” operation, but that doesn’t matter, of course, because Dr. Levine will ALWAYS be a man.  It is in his DNA and cannot be changed by chemical or surgical intervention.

It matters that someone with as much influence over national health policy as an Assistant Secretary for Health is in a constant state of denial of biological, scientific fact.  But the game has changed.  It’s not enough for someone with apparently deep psychological issues (a self-professed “splinter” in his brain) to be promoted to this position of authority.  You and I will soon be prohibited from even questioning it.  In the past week, several prominent conservative voices have had their social media accounts suspended just for mentioning that Dr. Levine is actually a man.  MFI’s national associate, Focus on the Family, had their Twitter account blocked simply for posting the following:

At about the same time that this happened, I was giving a lengthy interview to a Boston Globe reporter on the same issue.  To the Globe’s credit, they published my objections to Dr. Levine, even though I was the lone conservative quoted in the article.  However, efforts by “Big Tech” like Facebook and Twitter to silence conservative voices, and these ‘inconvenient truths’ on issues of human sexuality, shows no signs of slowing down.

We must never give up speaking the truth, nor can we embrace these bizarre lies.  At least in the short term, however, standing up for the truth is likely to cost us.  We may get booted off social media, be ostracized at school, even fired from our job.  But if we unite around the truth and refuse to be intimidated, this attempt to erase truth will not succeed.

On Friday, MFI joined dozens of other state Family Policy Councils all across America in standing shoulder to shoulder with Focus on the Family.  We’ve all reposted that same message that got Focus’s Twitter account blocked, and we’re telling the Big Tech we won’t be intimidated into silence and compliance.  Social media is an odd and ephemeral battlefield on which to be fighting, but it is hugely important to our ability to communicate the truth.  If MFI gets banned from one communication platform, we will find others.  (In fact, you can already find us on MeWe and Gab.)  We will not, we must not, compromise on the truth.