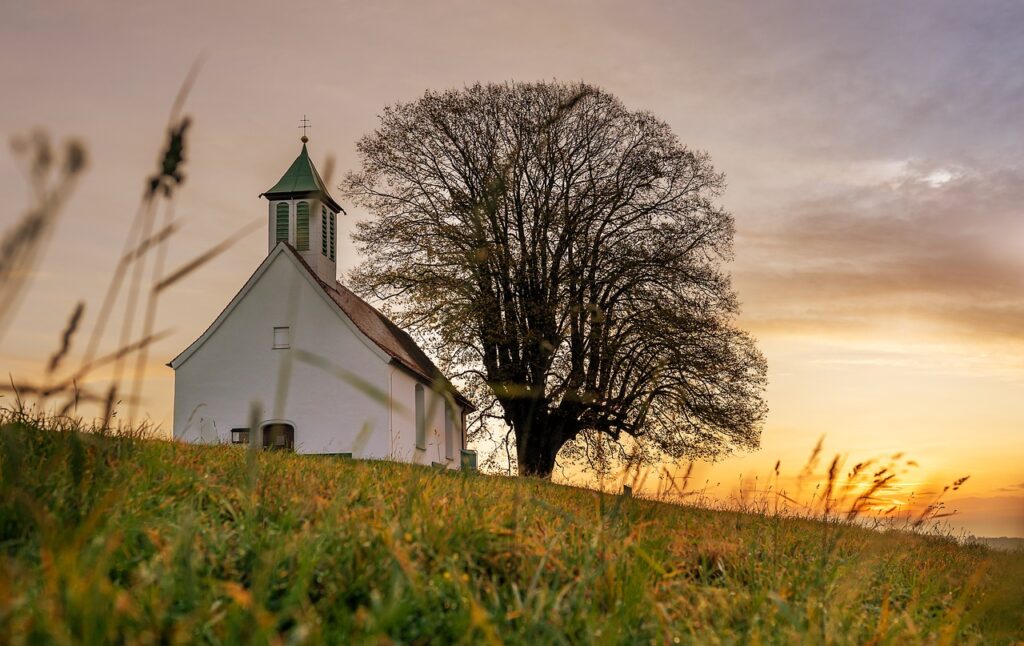 I imagine you’ve heard by now about the Supreme Court’s strong defense of religious liberty last week.  In a decision issued the day before Thanksgiving, the Court blocked New York Governor Andrew Cuomo’s discriminatory COVID-19 restrictions on churches and synagogues. The Court stated clearly that “even in a pandemic, the Constitution cannot be put away and forgotten.  The restrictions at issue here, by effectively barring many from attending religious services, strike at the very heart of the First Amendment’s guarantee of religious liberty.”

This is a welcome change from the Court’s earlier decision upholding similar government restrictions.  (It’s amazing the difference adding one faithful Catholic mom to the Court makes!)  In a concurring opinion, Justice Gorsuch reiterated that “In far too many places, for far too long, our first freedom has fallen on deaf ears… we may not shelter in place when the Constitution is under attack.  Things never go well when we do.”  The restrictions on houses of worship in NY were an especially egregious example of what the Court labeled as “disparate treatment,” with churches and synagogues limited to 10 or 25 people at a time and a plethora of secular businesses having virtually no numerical cap.

Meanwhile, here in the Bay State…

While the situation is not so flagrant in Massachusetts as a whole, some local mayors and health officials have been adding their own unreasonable restrictions on churches.  For example, the city of New Bedford specifically limited houses of worship to gatherings of only 100 people, regardless of the size of the church building.  Until yesterday, the city applied that limit even to New Life South Coast Church of New Bedford, which meets in a 48,000 square foot facility, formerly a Shaw’s Supermarket.

Fortunately, the church reached out to MFI, and we sent a letter to the city two weeks ago questioning the legality of the 100 person limit as “lack[ing] any rational basis in its application to a church like New Life South Coast…”  While we were waiting for a response, the Supreme Court issued their decision on the similar case in NY, and that led to New Bedford rescinding their discriminatory policy yesterday.  You can read about the win here.  The pastor is especially glad to be able to have more worshippers gather this Sunday as they have a number of baptisms planned.

We need to stay vigilant in discerning unjust treatment of our churches by civil authorities.  There have been instances throughout this pandemic response where it is clear that government officials do not understand and do not trust religious communities.  And this comes despite so many pastors striving to love and serve their towns and cities, including local authorities!  Just this Tuesday, for example, Governor Baker acccused churches of spreading COVID, saying there were “too many clusters of cases that stemmed from houses of worship.”

Since there is a lot of talk about “trusting the data” these days, I thought I’d look at the data from the MA Dept of Public Health to see just how bad things are in our churches.  What I found is that during the same time period that Governor Baker reported there were 44 confirmed cases of COVID from houses of worship (October 25 to Nov 21), the total number of confirmed cases in MA was over 55,000.  That means churches were involved in less than 0.08% of positive COVID cases last month.  So why is Baker singling churches out for chastisement?

Perhaps it was intended as a response to the Supreme Court’s warning to government officials, but I’d say it backfired.  If anything, scolding churches when they’ve been linked to less than a tenth of one percent of recent COVID cases is an example of the very “disparate treatment” the Court found constitutionally suspect in NY.  In addition to the 44 confirmed cases in houses of worship over the last month, Baker also bemoaned the six “clusters” of cases connected with religious gatherings.  This is similarly befuddling, since there have been 27 clusters at colleges and universities over the same time period, 28 in “industrial settings,” 10 at “Organized Athletics/Camps,” and 29 at “Restaurants & Food Courts,” just to name a few listed on the commonwealth’s “Active COVID Cluster” chart.

We will keep doing our best to advocate for churches and help them navigate the rapidly evolving law and policy on COVID as it applies to their ministries.

I’ll be at the State House memorial for the unborn tomorrow afternoon.  Please join us in praying to end abortion and to stop this abortion bill.

PrevPreviousNew Bedford Rescinds 100 Person Restriction on Church Gatherings in Light of Recent US Supreme Court Decision
NextKill The Bill, Not The BabyNext