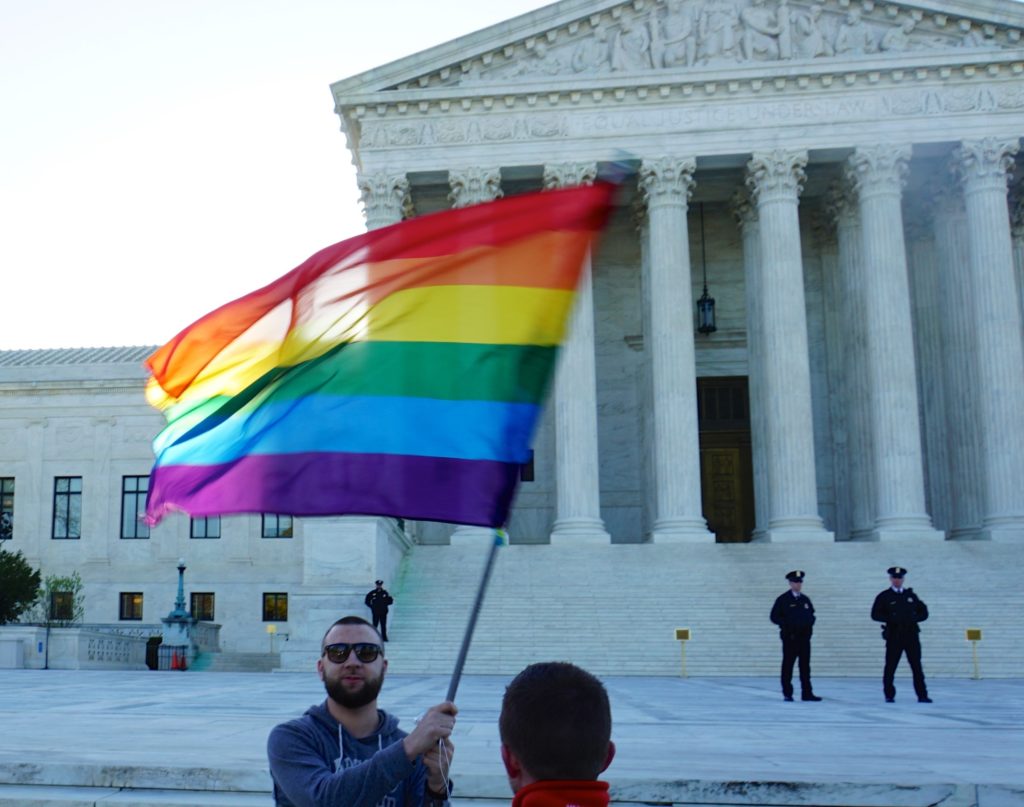 With everything else going on right now, you may have missed Monday’s Supreme Court ruling that “sex” discrimination includes “sexual orientation” and “transgenderism.”  As bad as that is (and I’ll get into the specifics below) the most disheartening aspect of the court’s decision is that it was written by Neil Gorsuch.  When Trump nominated him in 2017, nearly everyone, myself included, believed Gorsuch to be a bona fide, reliable conservative who would help finally arrest the Supreme Court’s relentless leftward lurching.  We were wrong.

Reading through his decision, I was struck not only by the fact that this wasn’t even a “close call” for him, but also that Gorsuch displayed such surprise there even could be an argument against including sexual orientation and transgenderism in the term “sex discrimination.”  He summarized his decision by saying, “At bottom, these cases involve no more than the straight-forward application of legal terms with plain and settled meanings.”  What this case involved was whether or not “sex” in federal nondiscrimination laws, passed by Congress in the 1960s, means biological sex or also includes sexual orientation AND gender identity.  Imagine our stupidity for thinking that discrimination on the basis of sex (an unchanging characteristic based on biology) is different from employment decisions involving sexual orientation and gender identity (which deal with behavior, not immutable characteristics).

For decades in Massachusetts, we have fought legal and political battles over the addition of “sexual orientation” (1989) and “gender identity” (2011-2015) as new and distinct categories to our state nondiscrimination laws.  Until Monday, our laws recognized that “sex” is different than “sexual orientation” or “gender identity.”  Gorsuch largely ignored this, described his ruling as “simple” and declared that “no ambiguity exists about how Title VII’s terms apply to” this case.

Finally, despite his decision forming one of the most sweeping examples ever of legislating from the bench, Gorsuch scolded the defendant business owners by saying it was they who used “naked policy appeals, suggesting that the Court proceed without the law’s guidance to do what it thinks best.  That is an invitation that no court should ever take up.”  Of course, that is EXACTLY what the court did, but for the plaintiffs.  What Gorsuch wrote was an exercise in judicial gaslighting.  Not only did he tell conservatives that we are wrong, he went out of his way to suggest that we are ignorant while his own decision ignored legal precedent, history, semantics, logic and biology.  If you think my assessment is too harsh, Justices Alito and Thomas called Gorsuch’s ruling “brazen,” “an abuse of our authority,” “preposterous” and (my favorite) “a pirate ship.  It sails under a contextualist flag, but what it actually represents is a theory… that courts should ‘update’ old statutes so that they better reflect the current values of society.”  This is an ominous sign of things to come.

It also demonstrates the immense cultural power of the LGBT lobby in elite society.  Even amidst the uproar over the Black Lives Matter movement, an all-white sextet ruled that sexual behavior and expression are categorically the same as race.  With the #MeToo movement still working to shine light on the poor treatment of women, the Court has now ruled that any man can masquerade as a woman. Apparently, none of that matters compared to the juggernaut of the ever expanding sexual revolution.

In light of that, what chance does religious liberty have to stand against weaponized sexual libertinism?  We’re about to find out.  In MA, we’ve already seen the fallout from the enshrining of sexual orientation and gender identity in our state non-discrimination laws.  Within hours of yesterday’s decision, I began to receive inquiries from Churches and Christian schools about how this might affect them.  It does open another avenue of attack against religious organizations in that plaintiffs can now bring Title VII claims in addition to state law claims.  Fortunately, the employment decisions of churches and religious schools are protected under existing law in what is known as the “ministerial exception.”  The government can not currently apply nondiscrimination laws to the hiring or firing of a “minister” by a faith-based organization.  However, there are a pair of cases currently at the Supreme Court that seek to define just how broad, or narrow, that “ministerial exception” can be.  Will it continue to cover teachers in a religious school or just actual members of the clergy?  We should know by the end of the month.

Although this is a tremendously disappointing result, it renews our commitment to protecting our families, churches and faith-based schools.  We also need to defend those family-owned businesses that financially support our churches and religious education opportunities.  We will continue our vigilance on legislation and our efforts to educate religious organizations in MA on the ever-evolving threats they face and how best to prepare for the inevitable challenges ahead.