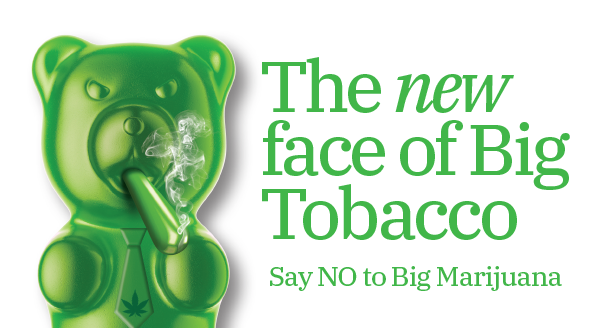 Our lawmakers have been busy this summer working on a new legislative initiative affecting youth, one that many of us would likely support. In response to the rapid rise of tobacco addiction in teens, Beacon Hill is seeking to ban vaping (e-cigarettes). Although this ban would be the first of its kind in the U.S., it swiftly received widespread support from legislators. At the same time, however, state bureaucrats at the “Cannabis Control Commission” have been pushing to expand recreational marijuana, allowing more and more growers and sellers each day. They are even drafting guidelines for legalizing marijuana cafés and pot delivery services.

Why are our lawmakers so eager to ban e-cigarettes while simultaneously allowing the expansion of something just as dangerous, if not worse?  If this seems contradictory, that’s because it is.

Other states that have already gone “full Colorado” present us with an opportunity to examine the real-world effects of normalizing marijuana use. Armed with the truth, we need to stand strong against big marijuana. If you want to help stop pot cafés or retail shops in your community, contact MFI’s Mike King if you want help stopping pot cafés or retail shops in your community.  Here’s a recent example from Boston’s North Shore where a group of committed and informed citizens stopped a 60,000 square foot marijuana factory from destroying their neighborhood.

The legalization and eventual normalization of marijuana result in increased marijuana usage. Those who frequently consume marijuana can develop a drug dependency and even experience withdrawal symptoms. This is especially true among children who smoke before age 18; they are 4-7 times more likely to become addicted than adults.

Marijuana is a gateway drug.

Marijuana supporters often claim that marijuana can be used as an alternative to riskier, yet FDA approved, drugs like opioids. However, research indicates a relationship between cannabis and opioid misuse (furthermore, medical experts agree that marijuana is not the solution to the opioid crisis). Colorado’s recent vote to decriminalize psychedelic mushrooms showcases how the normalization of one drug leads to the easy acceptance of others.

Marijuana usage has severe side effects.

States that have legalized marijuana have seen a sharp rise in driving accidents. Colorado experienced a dramatic increase in homelessness that many recognize as an unintended consequence of legalized marijuana. Public health officials have witnessed an increase in pediatric poisoning from marijuana infused snacks like gummies, brownies, and lollipops.