The Lie of Transgenderism and Its Victims 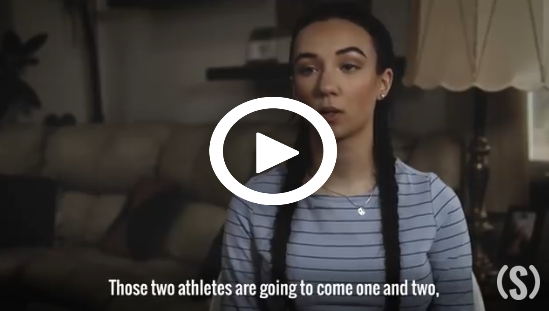 Last Thursday, the MA GOP tweeted out this video by a high school track star lamenting the fact that her sport is now being dominated by boys who “identify” as girls. It highlights how the transgender movement is destroying women’s sports. However, instead of standing up for real women, the state Democratic party is calling the video, preposterously, an effort to “spread bigotry and hatred.” This is the inevitable result of “gender identity” laws, like those recently passed in MA: real women and girls are victimized, and then the left viciously attacks anyone who speaks up about it.

There are other, tragic consequences when we as a society embrace the lie of transgenderism. Associated Press put out a story yesterday about a “man” who delivered a stillborn baby after going to the emergency room.  This “man” was, of course, a woman, but identified as male. According to the doctor, “’He was rightly classified as a man’ in the medical records and appears masculine…but that classification threw us off from considering his actual medical needs.” It is unclear from the article, but the facts suggest that the life of that baby might have been saved if not for the confusion and intentional obfuscation of the mother’s ‘gender identity’. After an initial delay, the patient was eventually diagnosed as pregnant and was given an ultrasound that “showed unclear signs of fetal heart activity, and an exam revealed that part of the umbilical cord had slipped into the birth canal.”

As the article admits, if this pregnant “man” had been clearly identified as a woman from the outset, she “would almost surely have been triaged and evaluated more urgently for pregnancy-related problems.” The lie of transgenderism may very well have cost that poor baby its life.  This is precisely the type of objection we’ve been raising to the latest transgender bill in MA, which would add a “third gender” to government issued identification, and allow people to pick whichever sex (male or female) or gender (X, or some other unique identifier) they want for their driver’s license or birth certificate.

It’s this same type of madness that the so-called “Equality Act” of 2019 would impose upon the whole country. The bill elevates sexual orientation and gender identity (SOGI) to the level of protected classes under the Civil Rights Amendment of 1964, equating them to other immutable protected classes including race, color, religion, sex, or national origin. Massachusetts’ aggressive experimentation with these types of laws should serve as an example for the rest of the country. We’ve already seen the closing of faith-based adoption agencies, the obligation on parents and counselors to permit extreme gender reassignment therapies and surgeries, and the flagrant violations of privacy and safety in women’s bathrooms.

Passage of this national legislation would also ramp up the attack on religious liberty, as LGBTQ activists consistently seek to deny those of us who disagree with same-sex relationships and transgenderism the opportunity to live out and follow our beliefs. They’re making it clear that we will not be permitted even to teach our beliefs in our own churches, as rising presidential prospect Pete Buttigieg recently sat down with Al Sharpton to discuss, “the need to confront homophobia in the faith community.” The good news on the “Equality Act” is that most observers don’t think it will pass in the Senate, even if it succeeds in the House.  That shouldn’t give us too much comfort, however, because it only means we’re just one bad election away from it becoming law.

In case we’re tempted to think laws like this won’t affect us, MFI’s 2019 Banquet Speaker, John Stonestreet, has a powerful article out this week with the ominous title, “How the Government Might Take Your Kids.”  It’s the scenario we’ve been warning about for over a year now, and it’s happening again just north of the border in Canada. A judge in British Columbia ruled that a 14 year old girl could begin taking artificial testosterone because she identified as a boy, and could do so without the consent of her father. The judge then ruled that it was “family violence” for the father to speak out about this publicly and forbade him from even using his daughter’s true name. Stonestreet goes on to say that these sexual orientation laws, like the Equality Act, set “the precedent for treating disagreement with gender ideology as a crime. Eventually, that could be the case even if the person you are disagreeing with is your child. Several states already have the legal mechanism in place to emancipate children from parents who don’t support their gender identification.”

MFI is currently investigating those legal and bureaucratic mechanisms here in MA, and what we’re uncovering is terrifying.  We’ll be releasing our report on it soon – stay tuned. But you can see why we’re excited to have Stonestreet come and share with us at our annual banquet in October.  He understands the challenges we face and will give a powerful keynote address you won’t want to miss. We’ve sold out the past couple of years, so reserve your seat today.

Finally, I’m happy to close with some good news! Rhode Island’s version of the Infanticide Act was defeated in their state senate Tuesday night by a vote of five to four. Hundreds of pro-life Rhode Islanders, most of them from the church community, rallied against this extreme bill, and “disrupted what was supposed to have been a done deal,” according to RI Right to Life. One pro-choice state senator, who nevertheless voted against the bill, issued a statement giving his reasons for ultimately opposing the legislation, all of which are applicable to the MA ROE Act.

“While I am pro-choice, I do believe in reasonable restrictions on abortion, once a pregnancy moves beyond viability. Simply put, viability means when a fetus is so close to fully formed that it is likely to be able to survive outside the womb – if born. [The RI bill], contrary to the claims of its sponsor, goes well beyond codifying Roe v. Wade and wipes out laws on the books that are clearly permissible under Roe v. Wade as currently interpreted, without replacing them with any new safeguards. I cannot support post-viability abortions that are based on undefined ‘health’ reasons and would permit very late term, up to date of birth, abortions. It simply goes too far.”