Re-writing the history of same-sex “marriage?” 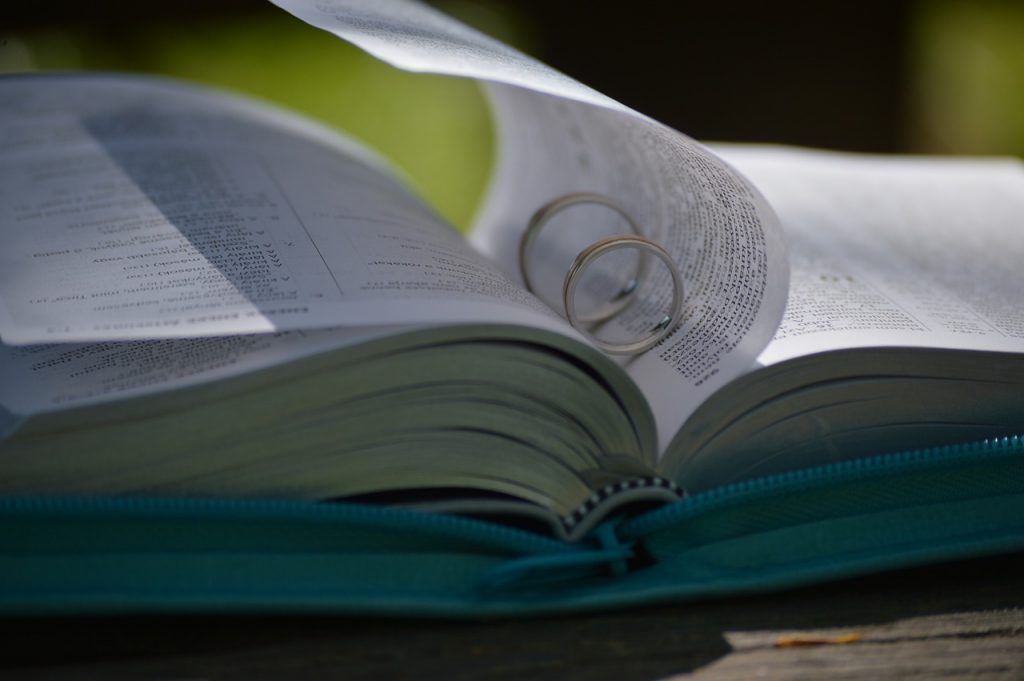 Fourteen years ago yesterday, the first same-sex “marriage” was officiated here in Massachusetts, as a result of the Commonwealth’s highest court unilaterally imposing the redefinition of marriage in the Goodridge decision.  Less than a decade later, 30 states had passed constitutional amendments defining

marriage as exclusively the union of one man and one woman.  This is part of what made the Obergefell ruling so outrageous – it overturned the votes of more than 50 million citizens across the country and the law of a clear majority of states.  So you can imagine my consternation when I read the following yesterday morning in an article from the local State House News Service:

This is simply false.  A clear majority of states had NOT “adopted” same-sex marriage in 2015, and they still haven’t.

Federal courts leading up to the SCOTUS decision in Obergefell may have suspended the operation of those state amendments, but that is a profoundly different thing than same-sex marriage having been “adopted” in those states.  As Black’s Law Dictionary defines the term in this context, to “adopt” something is:  “To accept, consent to, and put into effective operation; as in the case of a constitution, constitutional amendment, ordinance, or by-law.”

Same-sex marriage was imposed on the states, not adopted by them.  At MFI, we stand by the words of Chief Justice Roberts’ dissent in Obergefell:

The majority’s decision is an act of will, not legal judgment. The right it announces has no basis in the Constitution or this Court’s precedent. The majority expressly disclaims judicial “caution” and omits even a pretense of humility, openly relying on its desire to remake society according to its own “new insight” into the “nature of injustice.” … As a result, the Court invalidates the marriage laws of more than half the States and orders the transformation of a social institution that has formed the basis of human society for millennia, for the Kalahari Bushmen and the Han Chinese, the Carthaginians and the Aztecs. Just who do we think we are?  [Emphasis added]

I have called on the editor of State House News to issue a correction.  This is a sad example of the rewriting of history, and it is important to remind people of the truth.

Despite the article’s headline of “On anniversary, same-sex marriage seen as ‘same-old, same-old’” that is very much not the case.  We are still only beginning to feel the impact of this revolution in defining the family.  A prime example is the fact that the whole country is now waiting for the Supreme Court to issue its decision in the Masterpiece Cakes case sometime in the next month.  As many of you know, the case is about a Christian baker who risks losing his business because he refused to create a wedding cake for a same-sex “marriage.”  Here in MA, we are facing a bill that specifically targets Christian business owners who decline to participate in events or practices that violate their faith.  All across the country, faith-based adoption agencies are having to curtail their missions, just like Boston’s Catholic Charities a decade ago, because of the relentless push to normalize same-sex “marriage” in every corner of law and society.

There is nothing at all “same-old, same-old” about this accelerating cultural catastrophe.  The courts may decide to punish us for living and working consistently with our faith, but they can never overrule the law of God written on our hearts.  And, for what it’s worth, you don’t have to worry about MFI ever “evolving” on marriage.  I’m not worried about being on the “wrong side of history.”  As Chief Justice Roberts touched on in his dissent, when you actually look at the broad expanse of human history, same-sex “marriage” is an anomaly.  We can be confident that in due time it will be universally recognized as such.