In Yesterday’s NY Times, Samuel Brinton, the discredited poster child for Christian Counseling Bans, was given a platform to tell the world what he’s really after.

When he came to the State House in Boston, he gave an emotional and tear-filled 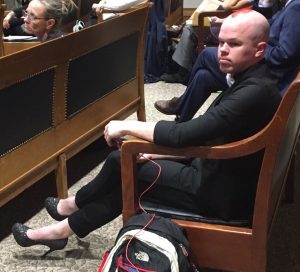 testimony about the alleged physical abuse he received from therapists trying to “make him straight,” by using electro shock techniques and other aversive procedures.  Consistent with his presentations across the country, he was full of graphic details but thin on specifics.  He never names the therapist who supposedly “treated” him, and can’t seem to get his timeline straight.  Whatever he actually went through as a child does not appear to have in any way impaired his sexual self-expression.  He arrived at the legislative hearing last June dressed to make a statement, from the solitary shock of dyed red hair on his head to the stiletto heels on his feet.  According to a recent video detailing the inconsistencies in his narrative, he can also be found in public wearing a leather S&M dog suit.  I tell you all this, because Brinton is the man who is pushing hard for Massachusetts to pass his counseling ban legislation, and he has the ears of many of our lawmakers.

Please take 30 seconds to click below and tell them you disagree with the ban that would allow DCF to remove Christian children from their parents if they receive talk therapy for gender confusion.

If House Bill 4014 passes, parents whose children may be struggling with unwanted same-sex attraction or gender confusion would have nowhere to turn for professional counseling. Licensed mental health professionals would be prohibited by law from doing anything other than encouraging children to embrace homosexuality or transgenderism.  This bill, which Brinton is demanding we pass, would also subject parents to charges of “child abuse” for seeking treatment that espouses a traditional Christian sexual ethic.  This means parents of a young boy, who has been convinced by the constant barrage of transgender propaganda at school that he’s actually a girl, will face the horrific choice of either setting their boy on the path to artificial estrogen injections and eventual amputation of his sex organs or having DCF taking him away based on a report of “child abuse.”  Either way, they lose their son.

At the moment, bills like H 4014 limit their bans to “licensed mental health professionals,” which means that pastors and priests could still lawfully counsel young people who struggle with these issues.  It’s obvious that this would only be a first step, however.  The Williams Institute, an LGBT think tank in California cited by Brinton in his article, is already advocating for a ban on clergy counseling, by declaring that “therapy provided by religious or spiritual advisors leave[s] many youth vulnerable to conversion counseling even in states with bans.”  Brinton also makes it clear that a ban on counseling by licensed mental health professionals is not enough.  He wants to stop pastors, priests and even parents from counseling children away from the type of sexual self-expression he has chosen. In the article, he claims that therapy for children, such as simple verbal counseling or “talk therapy,” is a threat not just when performed “by a licensed therapist in an office,” but also “by a parent continuously punishing a child for acting too feminine or by a pastor who wants to pray the gay away.” His message is clear: only therapy encouraging the gay and/or transgender lifestyle will be permitted.  And it won’t be long before parents will face the threat of having their children removed from the home if they question their sexual expression or refuse to buy them cross-gender hormones.

Passing this legislation would not only be a horrific assault on parental rights, freedom of speech and free exercise of religion, it would also be a tragedy for the thousands of children who would be denied the help they want and need. Pediatric doctor Michelle Cretella explains that 75%-95% of children who express gender confusion eventually grow out of it IF they receive treatment that affirms their biological sex.  Ironically, the statistics from the left-wing Williams Institute actually confirm this.  They claim that 1.5% of MA residents ages 13-19 identify as transgender, but only 0.3% of those 20 or over do so.  That’s an 80% drop off after children reach adulthood.

The movement to ban sexual orientation or gender identity counseling from a Christian perspective also denies the tremendous help it has given people like Springfield, MA resident Frank Agundes, who left a homosexual lifestyle and is now happily married to a woman and together they have a precious baby girl. You can watch his powerful testimony here: 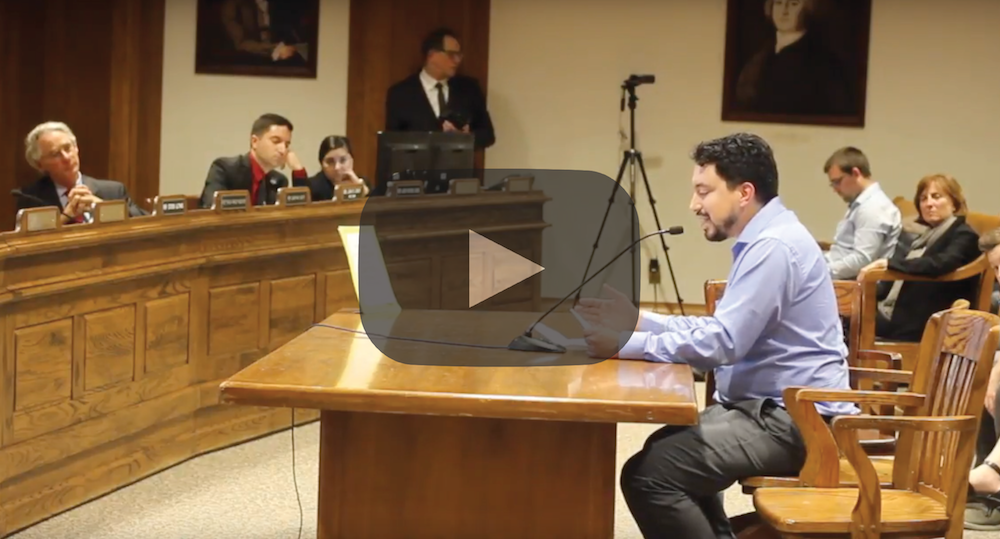 Friends, we must draw the line somewhere.  Samuel Brinton is free to express himself in any way he pleases and engage in just about any form of sexual “freedom” he wants.  But we cannot let him and the LGBT movement tell us how to parent our children.  This bill poses as clear a threat to our families, and to parental rights in general, as I’ve seen on Beacon Hill.  You helped me put the brakes on it last November. Please continue to let your legislators know that you will not tolerate this terrible bill.