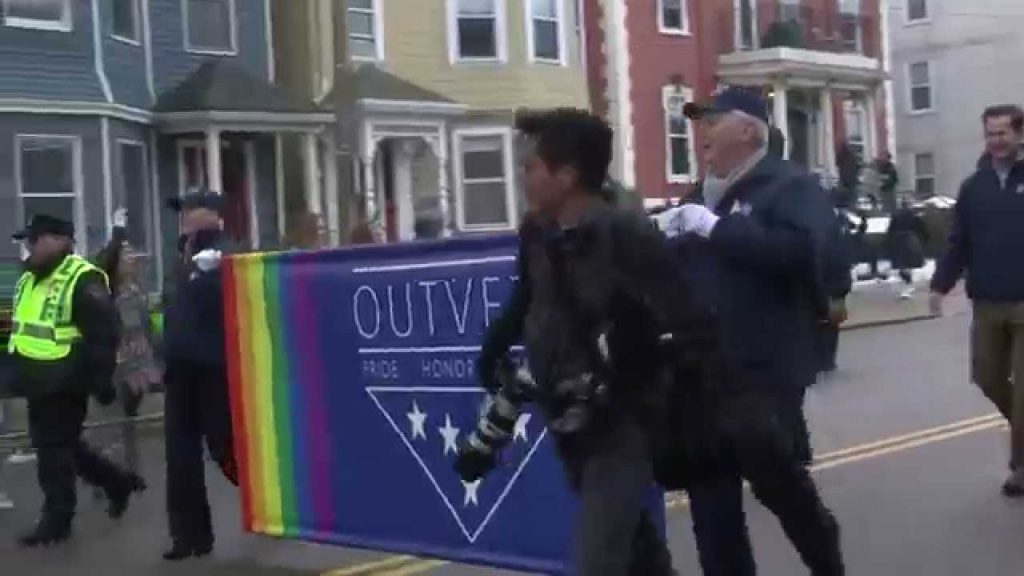 Late this past Friday, we learned that the South Boston St. Patrick’s Day parade finally gave in to the demands of a group called “Out Vets” who have been agitating for years to insert their rainbow flags and anti-Catholic message into the parade.  The Allied War Veterans of South Boston, who organize the parade, had resisted what they viewed as a politicization of the event and sought to maintain the ethos of the parade as a celebration of Irish heritage and the Catholic faith which are embodied by the Saint whose day the parade commemorates.

The parade’s relenting to intense financial and public relations pressure may seem like just one more institution succumbing to the LGBT juggernaut, but it is actually quite significant.  This particular conflict has a long and storied history in the broader culture wars of our nation.  Homosexual activists actually sued the parade organizers over two decades ago in order to try to force themselves, as an explicitly pro-homosexual group, into the parade.  Despite being massively outgunned, the Allied War Vets of South Boston and their intrepid attorney, Chester Darling, defended their constitutional right to freedom of association all the way to the Supreme Court.  In 1995, a unanimous decision (including such progressive zealots as Justice Ruth Bader Ginsburg and increasingly liberal Justice Anthony Kennedy, both still on the Court) ruled that the parade organizers have a right to control the message (and therefore the content) of their event.  It was an incredible victory, and should have settled the matter once and for all.  But as the LGBT movement gained increasing cultural and political influence, it worked to undermine the clear constitutional right of the parade organizers through threats and intimidation.  Leftist governors and mayors refused to participate in the parade and worked to isolate and ostracize what was supposed to be a community celebration.  The real change, however, came over the last several years as corporate sponsors of the parade threatened to withhold their funding.  This has become a tipping point in many of the culture war battles, and has been used to effectively void landmark legal rulings that had once protected the first amendment rights of conservatives. 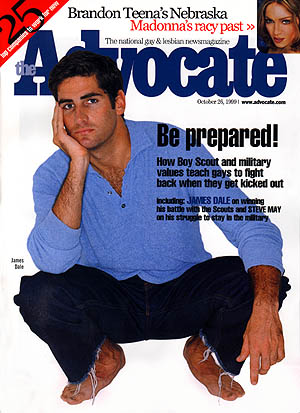 Another prime example of this is the 2015 change by the Boy Scouts to introduce actively homosexual men as scout leaders.  (Earlier this year, they took the next step and now include girls who think that they are boys.)  Just as was the case with Boston’s St. Patrick’s Day parade, the Boy Scouts had won a Supreme Court decision in 2000 against James Dale, an activist homosexual man who sued the scouts because he wanted to be a troop leader.  Once again, the highest court in the land ruled decisively that the BSA has a constitutional right to freedom of association, which means they can determine and enforce the requirements for membership and leadership.  However, major corporate sponsors of the BSA threatened to withhold millions of dollars in funding for the scouts and so the organization was forced to cave.

These are truly tragic examples of economic coercion depriving Americans of their hard-won constitutional rights.  Historically, the LGBT movement used the courts to advance its agenda when it was the path of least resistance (with the 2003 same-sex “marriage” decision here in MA as a prime example).  Over time, they have acquired massive cultural and political power, which allows them to enact their will through legislation and regulation. Now, when facing a roadblock in the courts, they simply circumvent the protections of the law through what amounts to, ironically, a sophisticated version of bullying.

And to put all this in perspective, if LGBT activists have such a deep-seated desire to march in a parade in Boston, they certainly have a prominent venue for doing so.  (And in much better weather, I would add.)  The Boston Gay Pride parade, held in June, has been operating since the early 1980s, and groups as offensive and pornographic as the “Sisters of Perpetual Indulgence” (Google them, if you have the stomach for it) have not only been permitted to march but actually served as parade grand marshals alongside former governor Deval Patrick.  Whatever the message the Gay Pride parade is trying to send, you don’t see pro-family or traditional marriage groups suing to be a part of it.  Would they allow MFI to march with a traditional marriage flag?  I think we all know the answer to that question.

It is worth noting that one of the major points of contention in the St. Patrick’s Day case was whether or not the parade could be categorized as a “public accommodation” or a private event.  The Court ruled that it was not a public accommodation, and that is why the parade organizers were not forced to include a group whose message ran counter to what they were intending the parade to communicate.  This is one of the reasons why we immediately pushed back last fall against the MA Attorney General’s claim that our churches could be public accommodations under the new transgender law.  We know where that claim would lead.  As MFI and our national allies at Alliance Defending Freedom work to secure our religious liberty, we all must be vigilant in exercising those rights or they will be effectively voided.

If you believe your religious liberty is being threatened or the constitutional rights of your church or religious school are at risk, let us know. We are here to help.