Kim Davis is free… for now 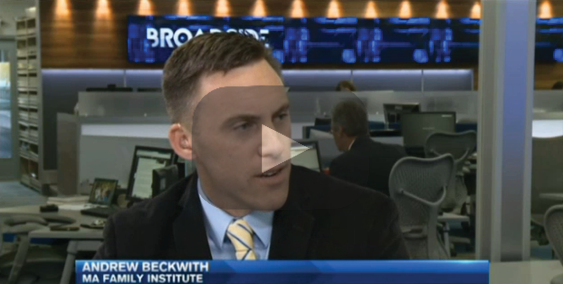 While Americans all across the country were celebrating the last few days of summer freedom over the weekend, there was a case in Kentucky that may be pointing to the end of our long season of religious freedom in America.  Friday night I was on NECN talking about Kim Davis, a county clerk who was put in jail on Thursday for refusing to issue same-sex marriage licenses with her name on them.  Fortunately, she was released yesterday after our friends at 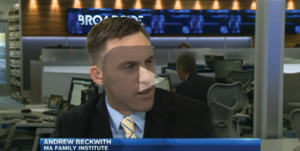 Liberty Counsel filed an emergency stay in court.  If you haven’t heard about this case yet, you will.  Many people of faith, who are sympathetic to Ms. Davis’ beliefs, aren’t sure what to make of her “disobeying the law,” and wonder if she’s obliged to just “do her job.”  Some things to consider:

1. This past year, the Kentucky Attorney General (AG), Jack Conway, refused to do his job as head lawyer for the state when he declined to defend the Kentucky state constitutional marriage amendment before the Supreme Court.  (Kentucky passed a state constitutional amendment defining marriage as one man and one woman by a 3 to 1 margin in 2004).  He didn’t get put in jail, and no one forced him to resign.  The state had to pay a private law firm to do the AG’s job for him, and it cost tax payers in KY over $200,000.  Conway’s justification for not doing his job was, “I am doing what I think is right.”  And that is exactly what Kim Davis is doing.  The only difference is which side of the same-sex marriage debate you come down on.  So Ms. Davis is actually being discriminated against, being treated differently than the AG, solely because of her religious beliefs.

2. Other elected public officials have also disobeyed the law or refused to do their job on the issue of marriage, with no consequences to their political careers.  This a huge double standard.

3.  The government blatantly ignored both Ms. Davis’ right to free exercise as well as common sense.  The state of Kentucky is required to at least attempt to accommodate Ms. Davis’ religious beliefs, and instead they allowed her to be put in jail.  Under the Kentucky Religious Freedom Restoration Act, just passed last year, the state is obligated to use the “least restrictive means” of balancing the requirements of the law and someone’s conscientious objection to it.  By definition, throwing someone in jail is not the “least restrictive means.”

“It is very revealing that many of those who are celebrating Judge Bunning’s decision to send Kim Davis to jail and who are now asserting their absolute commitment to the rule of law are the very same people who made the opposite argument when it served their purposes. That argument, taken at face value, would have meant no civil rights movement — and no gay rights movement.

Furthermore, it would have meant no American Revolution. If the Christian responsibility to obey government is extended without the support of other Christian duties, all that is left is tyranny and obeisance to the state.

The Apostles Peter and John told the Sanhedrin, “We must obey God rather than men” [Acts 5:29]. Martin Luther testified before the Emperor of the Holy Roman Empire as he was on trial for his life: ‘My conscience is captive to the Word of God. I cannot and I will not recant anything for to go against conscience is neither right nor safe, God help me.’”

There is a broader issue at play here than just the case of Kim Davis, but she is in the spotlight at the moment.  As we continue to see, there is a real effort by many of the cultural, legal and political elites to suppress any objection to the LGBTQ agenda.  Davis, like many Americans, including Supreme Court Chief Justice John Roberts, 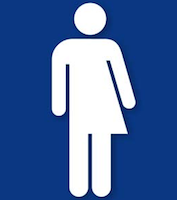 question the validity of the Obergefell decision on marriage.  Roberts wrote in his dissent that it has “no basis in the Constitution.”  What we’re seeing in this case and in the cases of the florists and bakers who are fined, is that this isn’t about equality or access for people in homosexual relationships.  In all of these situations there were plenty of alternatives other than forcing people of faith to symbolically affirm so-called “gay marriage.”  This is the new big push.  Equality is no longer enough, it’s about demanding “affirmation” and “agreement.”  We even see this mentality in the proposed transgender bathroom bill right here in MA, which says that if you run a restaurant, a fitness center, or even a church, and you don’t let men in the women’s bathroom, YOU too could go to jail.

Some who care deeply about religious freedom question whether it should apply in the case of Ms. Davis because she is a public official.  Doesn’t she have an obligation to resign, rather than be imprisoned?  Isn’t that a better option?  Eugene Volokh in this weekend’s Washington Post discussed other jobs, including government jobs, where reasonable accommodations are made for religious objections.

“Under Title VII of the federal Civil Rights Act, both public and private employers have a duty to exempt religious employees from generally applicable work rules, so long as this won’t create an “undue hardship,” meaning more than a modest cost, on the employer. If the employees can be accommodated in a way that would let the job still get done without much burden on the employer, coworkers, and customers — for instance by switching the employee’s assignments with another employee or by otherwise slightly changing the job duties — then the employer must accommodate them.”

Why couldn’t this have been done for Ms. Davis?  In the end, it appears that is what eventually happened, with deputy clerks issuing licenses that did NOT have Ms. Davis’ name on them – which was the real sticking point for her.

What about other government officials?  On a personal level, I think about the military chaplains I know who could not, consistent with their faith, marry same-sex servicemembers.  Should they then have to resign their commissions (or be thrown in the brig)?  Are we, as people of faith, truly prepared to either 1. abandon public life or 2. compromise with immorality?  This isn’t a hypothetical question.  A judge in Oregon is currently under investigation by the state’s “Judicial Fitness Commission” because he refused to perform same-sex marriages.  (As mentioned above, this is not the treatment the lesbian judge in Texas received for doing the very same thing.)  Although there are plenty of other officials who can perform same-sex ceremonies in Oregon, accommodating this one judge’s religious beliefs on the issue of human sexuality was unacceptable to the co-director of the gay-rights group Basic Rights Oregon who said, “Taking that kind of a step really calls into question how an LGBTQ person could expect to be treated in a court of law.  It goes beyond marriage and gets to serious questions about judicial integrity.”  If this sort of extremist thinking prevails, we will rapidly see faithful Christians banished from public service.

The Sex Ed Mandate REALLY IS about pushing the LGBTQ agenda

I was interviewed recently for a story in the Boston Globe entitled “A push for more inclusive sex ed.”  I’m quoted about half way through the article, but it’s the statements 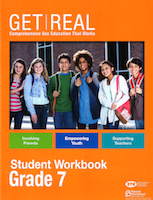 made by the reporter that I found most troubling.  A few excerpts say it all:

“Gay rights advocates, fresh from winning the historic right for same-sex couples to marry, are planning their next fight in America’s culture conflicts, and the battleground will be close to home for many families: the classroom…. The Human Rights Campaign Foundation and Planned Parenthood Federation of America will embark on a new push this month to help teachers talk more openly about sexual health issues pertaining to lesbian, gay, bisexual and transgender students.”

So now we know why the curricula being promoted by Planned Parenthood, which would be implemented state-wide if the Sex Ed Mandate is passed, spends so much time on anal and oral sex.  But, I have to say, some of the reasoning used in the article to promote this type of “inclusive” sex ed is lost on me.  In particular, it is claimed that, “[h]ealth statistics show a need for sexuality education for gay and lesbian students. Those students are more likely to engage in risky behaviors that result in pregnancy…”  Wait a minute.  Gay and lesbian students are MORE likely to get pregnant?  And the response is to have Planned Parenthood sell a curriculum that tells 12 year-olds that non-microwavable saran wrap can be used as a prophylactic?

Long-time friend of MFI, Dr. Paul Church, is still waiting for a decision from the Beth Israel Deaconess Medical Center disciplinary board.  I spoke with him last week, and although he was supposed to have a decision issued to him weeks ago, he has still heard nothing.

Our friends at the New Boston Post have the latest here.

PrevPreviousBanquet tickets selling out at record pace- reserve yours today!
NextURGENT CALL TO ACTION: Tell your legislator “No Bathroom Bill!”Next