The Children Have Spoken

In less than two weeks, the Supreme Court will hear oral arguments in cases that will lead to a national decision about gay marriage. Whatever that decision is, the ruling will ultimately impact our country for generations to come. With LGBT activists pushing hard to spread their depraved agenda, our nation’s leaders need your prayers more than ever. Attempting to defend their lifestyles and normalize same-sex ‘marriage,’ gay lobbyists have spread their agenda far and wide, but it doesn’t change the truth. 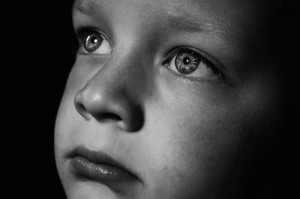 In a growing chorus of caution, adult children from LGBT households are opening up about the brokenness they have experienced from missing either a mother or a father– and why they do not support same-sex marriage as a result.

A few weeks ago, we shared the story of Heather Barwick, a woman who grew up with lesbian mothers, and quietly lived in pain due her father being replaced by a woman. This week, The Daily Signal published a similar testimony, this time by a woman named Dawn Stefanowicz, who grew up with a homosexual father (and his many partners). If there’s a common theme throughout these unfolding stories, it’s that while the LGBT community claims to promote “inclusion” and “tolerance,” many children born into gay or lesbian families feel silenced. In her article, “My Father was Gay. Why I Oppose Legalizing Same-Sex Marriage,” Dawn shares this:

“Due to media silencing, political correctness, GLBT lobbying efforts and loss of freedom of speech, it is very hard to tell my story. But I am not alone. Over 50 adult children from alternative households, plus ex-spouses with children, and parents who have left the ‘gay’ lifestyle have contacted me. Very few children will share their stories publicly.For many of us adult children of gay parents, we have come to the conclusion that same-sex marriage is more about promoting adults’ ‘desires’ than about safeguarding children’s rights to know and be raised by their biological parents.”

The truth is that children who have been subjected to the gay advocates’ agenda are having their God-designed need stifled– the need for a natural upbringing by both a mother and a father.

“Children of same-sex parents haven’t been given the same voice. It’s not just me,” Heather shared. “There are so many of us. Many of us are too scared to speak up and tell you about our hurt and pain, because for whatever reason it feels like you’re not listening. That you don’t want to hear. If we say we are hurting because we were raised by same-sex parents, we are either ignored or labeled a hater.”

Please pray for the Supreme Court justices as they prepare to make this historic decision in the upcoming months.