Sealed with a Kiss – Spoken Word by Ashley King

Local Massachusetts writer, teacher and home school mother Ashley King has a passion for challenging people to stand for Biblical truth, and one of the many ways she acts on this passion is through “spoken word,” a powerful form of on-stage poetry. In her most recent spoken word, “Sealed with a Kiss,” Ashley addresses the issue of marriage, a topic that has raised intense controversy in Massachusetts and throughout the country.

According to Ashley, “Sealed with a Kiss” was inspired by her and her husband’s approaching 10th anniversary and both “the challenges and glory of marriage.”

“I know all too well the excuses, manipulative motives, and hurt feelings that are part of a man and a woman living their lives together,” Ashley said. “The reality is that marriage is tough, but there is an unmatched beauty and wonder to it when we follow the definition of its Creator.” 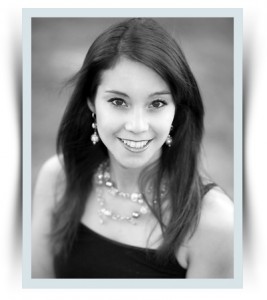 Despite our society’s attempt to redefine marriage, Ashley is one of many young people who still desires to stand for “the divine institution God has created and defined.” Even in Massachusetts, the first state in the United States to legalize same-sex marriage, individuals like Ashley are taking steps to defend the sacred institution. Through her spoken word, Ashley hopes to encourage, educate and inspire anyone who watches the video to understand and cherish marriage, as designed by God.

“God blesses the steps of the righteous and will bless your marriage if you choose to follow His definition of it,” she said. “We want to show the culture that there are still millions of people in our culture that believe in the Biblical definition of marriage and are excited about it and committed to it.”

“God doesn’t need us, but we are privileged that He would allow us to be a part of sharing His message around the world,” Ashley said. “We hope this is an effective part of bringing in the abundant harvest God has for us while here on His earth.”

“Sealed with a Kiss,” is the second of Ashley’s spoken word poems, her first, “Dear Pop Culture,” receiving nearly 30,000 views on Youtube and over 200,000 views online.

“We received hundreds of emails from people all over the world from South America to Australia, sharing how they were strengthened in their faith [upon seeing this video],” she said. “Parents contacted us, sharing that the video gave them an effective bridge to talk with their kids about culture and a Biblical worldview of it.”

King is also author of the children’s book Dancing Daffodil Daisy, a rhyming story about a little girl who “learns to join up her wiggles with what’s in her heart to give glory to God with all of her parts.”

For more information on Ashley King and her passion for Biblical marriage, visit her website www.spokenword4him.com.