Massachusetts Commissioner of Education Mitchell Chester informed grade K-12 school principals that they must allow boys and girls of any age who self-identify as transgender to use the public school bathroom and locker room of their choosing—making it the first time in state history that boys would be allowed in girls bathrooms (and vice versa) at the student’s will. 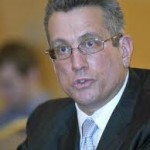 “The School Commissioner’s first duty is to protect all students, from kindergarten to grade 12, not endanger them,” stated Kris Mineau, President of Massachusetts Family Institute.  “The overriding issue with this new policy is that opening girls’ bathrooms to boys is an invasion of privacy and a threat to all students’ safety.”
The guidance document in question is the Commissioner’s interpretation of the “Transgender Rights Law,” that went into effect last June.  It was dubbed the “Stealth Bathroom Bill,” even though opening public bathrooms to self-identified transgenders was specifically removed from the law out of legislators’ concern for the safety, privacy and modesty of all citizens.
The eleven page, single-spaced policy document, quietly implemented at the start of a three-day weekend and school vacation week, lays out a laundry list of far-reaching new rules related to ‘gender identity’ in public schools.  Boys who ‘identify’ themselves as girls can now use the girls’ “restroom, locker room, and changing facility,” and vice versa.  Principals are told to make it clear that students can use whatever restroom “corresponds to the student’s gender identity.”  According to the document, “discomfort [ of the rest of the student body or from parents ] is not a reason to deny access to the transgender student.”
The new policy also impacts locker rooms and interscholastic athletics.  All school teams will now essentially become coed, as students can play on whichever team they feel matches their gender identity.  The policy even cites an example of a male student participating, as a girl, on an all-girls’ cheerleading squad.
Citing the specific language of the policy, Andrew Beckwith, attorney for Massachusetts Family Institute, warned that the definition of transgender “is extremely broad.”  “If a male student tells his teacher he feels like a girl on the inside, the school has to treat him in every way as if he actually is a girl.  School personnel may be forbidden from informing the parents of their child’s gender decisions, and students can even decide to be one gender at home and another at school.”  Beckwith added that this requirement to ignore a basic truth of anatomy even extends to other students, as the policy states that referring to a transgendered student by their birth name or sex “should not be tolerated and can be grounds for student discipline.”
Representative Colleen Garry, (D) Dracut, introduced legislation earlier this year which would amend the current nondiscrimination law to prevent precisely these scenarios.  HD 1850 “An Act Relative to Privacy and Safety in Public Accommodations” would ensure that people use restrooms and locker room facilities consistent with their anatomical sex.  “Like many of my colleagues, I am very concerned about Commissioner Chester’s directive to open public school bathrooms to all genders,” said Representative Garry. “This was not the intent of the Legislature, and we need to pass legislation that clearly defines the use of such facilities.”