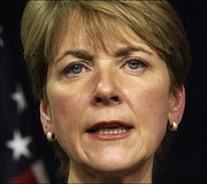 P.S. In a front page story on Sunday, the Boston Globe covered the story of twin boys in Maine that are now a sister and brother thanks to controversial hormone treatments, parents abrogating their responsibilities to their “son’s” true gender, and a radical doctor at Boston’s Children’s Hospital. This profile is nothing more than a one-sided propaganda piece in support of a radical sexual agenda. Dr. Norman Spack is quoted as saying both, “We can do wonders if we can get them early” and that a “very significant number of children who exhibit cross-gender behavior” before puberty “do not end up being transgender.” To which we ask, “Which is it Doctor Spack? How can you justify trying to alter a child’s gender when it is not required?” You can read the full article HERE, and I encourage you to write a letter to the editor by emailing letters@bostonglobe.com.