It is a fulltime job to keep tabs on what our politicians are doing on Beacon Hill to hurt the family—casino gambling, transsexual rights, comprehensive sex education—and yet we have an administration in the White House that is waging their own war on the family at an even larger scale.

President Obama has launched two broadside salvos in the culture war, the first being an American effort to push homosexual rights on the international community. President Obama, along with Secretary of State Hillary Clinton, announced Monday that the U.S. will now use foreign aid as a tool to push a gay agenda overseas.

The memorandum includes a number of instructions for federal agencies doing work overseas, including the State Department, the U.S. Agency for International Development and other agencies, to use foreign aid as a mechanism to "build respect for the human rights of LGBT persons."

This form of cultural imperialism, as my colleague Tony Perkins so aptly put it yesterday, is wholly unacceptable. It is wrong to use foreign aid as a tool to force countries to conform to the radical sexual views of liberals here in America. Granting special rights based on sexual conduct, sexual orientation or gender identity is not an appropriate measure of what nations deserve our assistance. 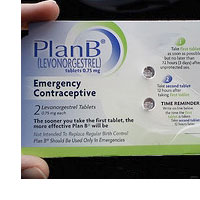 Meanwhile, the second salvo came from the US Food and Drug Administration (FDA), under the watchful eye of Health and Human Services Secretary Kathleen Sebelius, who intends to make the emergency contraception pill, Plan B, available on drugstore shelves and without any prescription or age restrictions for purchase. Yes, you heard that right. If an underage girl has unprotected sex with anyone, she can walk into her local CVS and buy the morning after pill without any knowledge of her parents or even consulting a doctor.

Beyond the obvious infringement on parental rights, this radical anti-family policy will make it far easier for vulnerable underage girls to be preyed upon by adult men who could easily prevent any evidence of their crimes by buying a pill at the supermarket. Furthermore, young girls and women would be exposed to the potential health risks from taking high doses of a potent hormone.

Finally, Plan B causes abortions by preventing the fertilized egg from implanting in the womb. Because of this fact, some doctors refuse to write prescriptions, some pharmacists refuse to fill requests, and some hospitals refuse to provide it to patients. Jeanne Monahan of the Family Research Council explains, “If we define life as beginning at fertilization or conception, then this drug can be an abortifacient.”

It would appear that President Obama isn’t satisfied with his already anti-life, anti-family record, and is seeking at every turn to enhance his resume when it comes to appeasing his core constituencies—the pro-abortion and pro-sexual anarchy special interest groups. In less than a year, voters will be able to cast their ballots and let him know just how they feel about his priorities.

BREAKING NEWS: As we were sending this update, we received word that Health and Human Services Secretary Kathleen Sebelius overruled the Food and Drug Administration Wednesday and refused to allow emergency contraceptives to be sold without a prescription. Secretary Sebelius was right to reject the FDA recommendation to make this potent drug available over the counter to young girls. In her own words, the research submitted to the FDA did not include data for all ages for which the drug would be used.